One of the more interesting moves in the market today comes from Virgin Orbit (NASDAQ:VORB). Today, VORB stock has sunk more than 13% in early afternoon trading, after announcing some relatively positive news today. 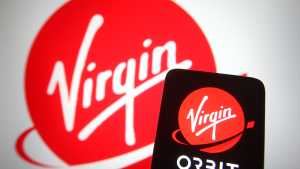 Today, the company announced that it has officially sent seven satellites to orbit, in its fourth mid-air launch. Accordingly, investors may want to note that this is the third-consecutive successful launch for Virgin Orbit. Three separate customers had their satellites launched off the Pacific Ocean yesterday. Each satellite reportedly deployed successfully into their planned orbit.

Therefore, it’s unclear exactly what’s driving this downward momentum in VORB stock today. In fact, the selloff has continued since yesterday, right around the time of the launch.

Where Should Investors in VORB Stock Go From Here?

It should be noted that Virgin Orbit is one of the newest members of the Nasdaq, listing less than a week ago. As we reported, this listing has been met with some serious interest from both institutional and retail investors. This has led to outsized volatility for VORB stock, with the satellite-launching company plunging, then surging, before today’s decline.

Indeed, the fact that VORB stock swung from its $10 reference price to below $6 per share before recovering all its losses and then some suggests the market is having a tough time pricing this stock. Given how early-stage Virgin Orbit is in its growth trajectory, investors appear to be at a loss for what this company is intrinsically worth. Accordingly, more volatility may be on the horizon.

Additionally, it appears some investors may be dismayed at the delays with this flight. Initially scheduled for Jan. 12, the launch window was pushed back a day. A seemingly immaterial move, it’s hard to digest exactly what’s driving VORB stock today, other than fundamental differences of opinion around this stock’s valuation.

On the date of publication, Chris MacDonald did not have (either directly or indirectly) any positions in the securities mentioned in this article. The opinions expressed in this article are those of the writer, subject to the InvestorPlace.com Publishing Guidelines.

The post VORB Stock Alert: What Is Going on With Virgin Orbit Today? appeared first on InvestorPlace.

Why Did Aritzia Stock Soar 19% Yesterday?