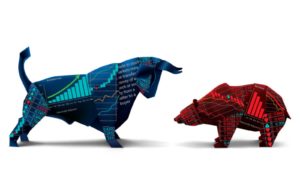 The company had been called TransEnterix until Feb. 24, when it changed its name to reflect a focus on digital surgery.

But these things take time. A Google search for Asensus on March 4 came up with a retirement planning document service.  The search term Transenterix, however, gave the new Asensus site as its first option.

Asensus’ product is called Senhance and it’s used for abdominal surgeries. It improves “keyhole” procedures or laparoscopies, using tiny incisions, controlled by miniature cameras. It is advertised as using standard reusable instruments and an open architecture.

While it can cost up to $2 million for a hospital to bring in Senhance, Asensus says the system can cut the cost of abdominal surgery by two-thirds. Another boost to the stock came from Food and Drug Administration approval of the system for general surgery, announced March 3.

Increasing the uses for, and hence the use, of Senhance should spur sales. But you still need a lot of sales to justify the current market cap. The question is how many sales are coming, and how fast will they arrive.

What They’re Saying about TRXC Stock

Many InvestorPlace writers have been given a shot at Asensus in recent weeks, and opinions vary.

Mark Putrino found director David Milne unloaded 137,000 shares as it was making its run from a penny stock to a $5 one. Insiders hold just 4% of the 225 million shares outstanding

Will Ashworth noted the company installed just 10 systems last year. He said comparisons to robotic surgery pioneer Intuitive Surgical (NASDAQ:ISRG) are overdone. Larry Ramer agreed. Intuitive was first to market. Asensus faces both it and Medtronic (NYSE:MDT), which recently made a market entry.

Other InvestorPlace writers are more bullish. Alex Sirois noted Asensus has both a strong runway for growth, and the financing to get there. Nick Clarkson recommended it after the FDA clearance for general surgery. Louis Navillier tortured a pun, saying investors can make a “surgical strike” by buying the stock in February. Muslim Farooque sees a compelling case.

What the Market Says

There are several dynamics involved in a hospital’s decision to buy Senhance. Patient safety and surgical cost must be measured against both the upfront cost and training costs. The last is more important.

Intuitive Surgical invests heavily in training. Academic training has lagged the development of the market. Ohio State charges $500/day just to watch the Intuitive system in action. Robotics operate in what critics call a “Wild West” of surgical training.

Asensus’ market entry has brought intense speculation and huge profits to traders who got in early.

The question for investors is different. It’s not just how many Senhance systems can Asensus sell, but how many surgeons can be trained on it, and how quickly.

In short, investors shouldn’t just look to invest money in this company, but time. It will take a few years to know whether Asensus has a viable business, five years to gain serious traction, and 10 years to reach its potential.

That’s a serious commitment. But you can buy more than 200 shares today for about $1,000. If you do, I suggest you put them aside, ignore the news, and see where you are in 2026. You’ll need patience to be rewarded.

At the time of publication, Dana Blankenhorn owned no shares, directly or indirectly, in companies mentioned in this story.

Dana Blankenhorn has been a financial and technology journalist since 1978. He is the author of Technology’s Big Bang: Yesterday, Today and Tomorrow with Moore’s Law, available at the Amazon Kindle store. Write him at danablankenhorn@gmail.com, tweet him at @danablankenhorn, or subscribe to his Substack https://danafblankenhorn.substack.com/.

The post Only Patience Will Be Rewarded With Asensus appeared first on InvestorPlace.

Air Canada Soars 25% in a Month: Why March Could Be a Repeat