Surging and sinking thanks to “meme stock mania,” what’s next for Organigram (NASDAQ:OGI)? Since hitting a 52-week high of $6.45 per share, shares in the Canada-based pot play have pulled back considerably. Despite investors bailing out of it in recent weeks, OGI stock may be one of the best pot plays out there. 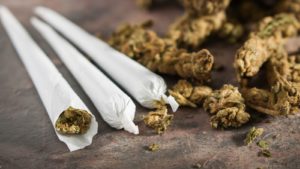 Why? Cannabis stocks have seen an incredible run this year. Initially, due to the prospects of the Democratic party-controlled White House and Congress fast-tracking marijuana legalization.

Then, as “meme stock” speculation took the sector on a roller coaster ride. Names across the board have pulled back in a big way. Yet, many of them still trade at inflated valuations.

However, while I wouldn’t call it a “cheap stock,” that’s less the case here with Organigram. It’s more reasonably priced than many of its larger and smaller rivals. While OGI is a high-risk play, there’s room for big returns if we see further pot legalization progress or if its own operating results continue to improve.

So, what’s the play? Tread carefully, but consider this a buy on the recent weakness.

Why OGI Stock Went on a Roller Coaster Ride

Cannabis stocks across-the-board have performed well since the start of 2021. As you likely know, the “blue wave” U.S. Senate election results out of Georgia in January paved the way for increased odds of U.S. federal marijuana legislation.

This led to nice boosts for major pot stocks like Canopy Growth (NASDAQ:CGC). Low-priced pot stocks like Organigram, as well as names like Sundial Growers (NASDAQ:SNDL), also saw an uptick from the news.

Once they were done short-squeezing stocks for fun and profit, retail investors pivoted back to low-priced stocks, where speculators have found plenty of opportunity in the past year.

Coupled with the narrative of “pot legalization is just around the corner,” it’s no shock low-priced pot plays like OGI stock and SNDL stock went parabolic in early February. Sundial saw its shares go from less than $1 per share, up to prices nearing $4 per share before retreating back below the $1 mark.

Organigram? The stock bolted from just under $2 per share to more than $6 per share, all in a matter of days. But, as the first movers cashed out and those late to the party bailed as well, shares have since pulled back nearly 50%.

Yet, with this sell-off, those who skipped out on “meme stocks” entirely may find opportunity. Shares aren’t cheap at their current valuation, but OGI is more reasonably-priced than its peers. This may be one of the best ways out there to wager on further legalization progress.

Organigram as a Bet on U.S. Pot Legalization

The situation with OGI stock is very similar to what’s going on with SNDL stock. Both are small Canada-based cannabis companies. Both are in the process of turning themselves around, after years of losses, and lower-than-expected results. And, both have experienced wild swings thanks to “meme stock mania.”

Organigram stock is not divorced from its fundamentals to the level we’ve seen with Sundial stock. Trading for around 9.9x forward sales, it’s “cheaper” than Canopy Growth, which currently trades for 29x forward sales. Of course, relative valuation isn’t the end-all, be-all for whether a stock is a worthy buy or not.

There’s more to OGI stock than just a less inflated price-to-sales multiple. As InvestorPlace’s David Moadel wrote, recent quarterly results show noteworthy improvements in its adult-use recreational cannabis sales. Admittedly, it’s still a long road ahead in terms of profitability, but as Moadel pointed out, the company has more than enough cash to fuel growth.

More importantly, from a risk/return standpoint, this may be one of the best vehicles to wager on U.S. pot legalization. More reasonably priced, it may have less downside risk than its over-hyped peers. As a low-priced stock, it’s likely to make outsized moves, whether on legalization news or on better-than-expected quarterly results.

Obviously, pot stocks are not the place to be if you are looking for conservative, low-risk investments. This sector could take off again if things continue to move in its favor when it comes to U.S. pot legalization. If we don’t see further progress, though, we could see cannabis stocks across-the-board crater back to prior price levels.

Even given its less frothy valuation and its potential for outsized gains if its own results (or legalization odds) improve, consider OGI stock a worthwhile gamble in this high-risk sector.

On the date of publication, Thomas Niel did not (either directly or indirectly) hold any positions in the securities mentioned in this article.

Thomas Niel, a contributor to InvestorPlace, has written single stock analysis since 2016.

The post Meme Status Aside, Organigram Stock Is Well Worth the Gamble appeared first on InvestorPlace.