Fueled by a big step toward commercialization of its ADHD treatment, shares of KemPharm (NASDAQ:KMPH) are making a big move in pre-market trading on Wednesday. KMPH stock was up more than 71% at 7:15 a.m. Eastern. 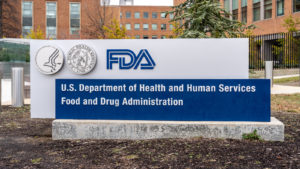 That big step? The U.S. Food and Drug Administration (FDA) approved KemPharm’s new drug application (NDA) for Azstarys, a once-daily product for the treatment of attention deficit hyperactivity disorder (ADHD) in patients age six years and older, according to a Wednesday press release.

That approval also triggers a regulatory milestone payment under KemPharm’s licensing agreement with Corium, which expects to make Azstarys commercially available in the U.S. as early as the second half of this year. That milestone payment, together with sales milestone payments, could be worth up to $468 million to KemPharm.

“The FDA approval of the Azstarys NDA is a transformational event for KemPharm and, we believe, an important advancement in the treatment of ADHD,” said Travis C. Mickle, president and CEO of KemPharm.

The Centers for Disease Control and Prevention estimates that 8.4% of children and 2.5% of adults have ADHD. Treatment of the disorder accounted for approximately $17.9 billion of pharmaceutical sales in 2019 with a year-over-year prescription growth rate greater than 4%.

Azstarys is just one of the treatments in the pipeline by the clinical-stage specialty pharmaceutical firm. It is focused on the discovery and development of proprietary prodrugs seen as potentially improved versions of widely prescribed, approved drugs. The company uses its Ligand Activated Therapy (LAT) platform technology to create prodrugs.

Prodrugs are molecules often designed to improve bioavailability when a drug itself is poorly absorbed from the gastrointestinal tract. Since 2010, the FDA has approved at least 30 prodrugs, and an estimated 10% of all marketed drugs worldwide can be considered prodrugs.

The post KMPH Stock: The Big News That Has KemPharm Soaring Today appeared first on InvestorPlace.

2 Top Canadian Stocks to Buy in March to Make Millions