After Nikola (NASDAQ:NKLA) was left for dead by many investors and pundits last year, the company’s recent fourth-quarter earnings conference call shows that the company is very much alive. Actually, I think that Nikola looks positioned to benefit tremendously from the “green” revolution, making NKLA stock very much worth buying. 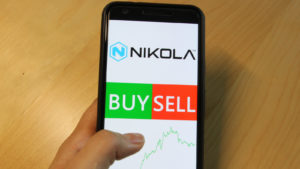 Even more importantly, Nikola’s executives said that they are seeing concrete indications of very strong demand for the company’s upcoming trucks. Finally, Nikola offered a plausible explanation as to why it lost an important deal last year and directly said that one of its largest, most critical initial customers remains interested in its upcoming trucks.

An Update on Nikola’s Trucks

On the fuel-cell truck front, Nikola indicated in slides released in conjunction with its Q4 results that it had finalized the initial design of such a vehicle last quarter. In another positive projection, the company suggested that it expects to begin building fuel-cell trucks early this year and start testing them by the end of the year. Toward the latter part of next year, it intends to start beta trials of the vehicles.

Importantly, he explained that the low electricity rate to which Nikola and the Arizona Public Service utility recently agreed will enable Nikola to economically produce “green” hydrogen in Arizona. In fact, the deal will enable the company to produce hydrogen that costs about the same as diesel fuel.

The company will be able to transport hydrogen from western Arizona to southern California, the CEO added. Further, Nikola can buy hydrogen derived from fossil fuels if all the carbon generated in the process of producing the hydrogen is captured, CFO Kim Brady reported.

Strong Demand and an Important Explanation

Nikola is holding talks with “many {potential} customers” based in North America who are interested in Nikola’s battery-electric truck, Russell reported. Although the controversies that Nikola experienced last year delayed talks with potential customers, discussions with them are ongoing and have intensified, the CEO stated.

Emphasizing the strength and breadth of the demand for Nikola’s trucks, Russell said, “We don’t have any shortage of interest. Everybody’s question is when can I get a truck.”

Nikola believes that it will “conclude agreements with a launch customer at least and possibly multiple launch customers,” he stated. Such deals should be concluded after the potential customers have reviewed prototypes, likely in April or May. The CEO clarified that Nikola is looking for a “committed … launch customer” who’s willing to help Nikola develop the trucks “and even share a little bit of {the} risk” of the project.

Also, importantly, Russell stated that one of Nikola’s first customers, Anheuser Busch (NYSE:BUD), remained committed to buying Nikola’s fuel-cell trucks. That statement is important both because the beer maker is such a huge potential customer for Nikola and because its continued interest validates the attractiveness of Nikola’s trucks.

Finally, waste collector Republic Services (NYSE:RSG) and Nikola decided to cancel the deal they had announced last year because they determined that it would have taken Nikola too much time to build the required trucks, Russell reported. That explanation does sound potentially plausible; Republic may have simply decided that it needed the trucks sooner than Nikola could deliver them.

The Bottom Line on NKLA Stock

Nikola looks poised to be a leading maker of fuel-cell trucks and potentially could become a leading seller of hydrogen fuel.

As a result, the $7.38 billion market capitalization of NKLA stock looks quite low at this point, making the company’s shares worth buying for longer-term investors.

On the date of publication, Larry Ramer did not have (either directly or indirectly) any positions in the securities mentioned in this article.

Larry Ramer has conducted research and written articles on U.S. stocks for 13 years. He has been employed by The Fly and Israel’s largest business newspaper, Globes. Larry began writing columns for InvestorPlace in 2015. Among his highly successful, contrarian picks have been GE, solar stocks, and Snap. You can reach him on StockTwits at @larryramer.

The One Quote That Should Terrify United Airlines Stock Owners