Bharat Biotech announced on March 3 that its Phase 3 study in India for Covaxin, the company’s Covid-19 vaccine candidate, was found to be 81% effective after a second dose. Ocugen (NASDAQ:OCGN), the Indian company’s co-development partner in the U.S., saw OCGN stock jump 38% at the start of trading. 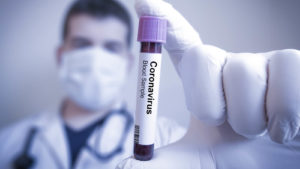 However, by the day’s close, OCGN’s gains had slipped to just 9%. A day later, Ocugen stock lost another 14%. Now the stock’s at less than $9, which is lower than it was even before Bharat Biotech made its announcement.

I’m sure if you follow Ocugen, you’re already familiar with the scenario that’s played out. I’m retelling it because, in my last article about the developer of gene therapies, I recommended investors wait to buy on the dip.

The only thing is, as I stated in my Feb. 8 article, I originally intended to write about a company whose share price was floating between $2 and $3, not $18.77, its 52-week high hit on Feb. 8, the result of Ocugen’s announcement it sold three million shares at $7.65 a share, considerably higher than its previous share price.

I took in all of the new information from Ocugen’s Feb. 2 joint announcement detailing its partnership. And still, I recommended investors wait to buy on the dip.

It turns out that I was wise to do so. Ocugen stock has lost more than 60% of its value since hitting its 52-week high.

So, I’m wondering: Is OCGN stock worth $18 or just a couple of bucks?

Here are my thoughts on the subject.

OCGN Stock Is Going Back to $18

Let’s assume for a second that the institutional investors that bought the three million shares aren’t idiots. The Vanguard Group, which owns 5.6% of Ocugen, was likely one of the buyers. I doubt anyone thinks it’s of its league when it comes to investment management.

If you bought shares in the offering, you believed that the upside was too great to miss out on an opportunity to get in at the bargain-basement price of $7.65. If you snooze, you lose, and all that.

My colleague pointed out that the European Union had granted orphan medicinal product designation. With that designation come a lot of perks, including 10 years of market exclusivity upon regulatory approval.

In dollars and cents, it’s hard to quantify what this is worth. However, the biopharmaceutical industry is often about gaining several small victories that lead to a big giant one. Patience is of the essence.

Ocugen’s OCU400 demonstrates that it knows how to play the development and commercialization game with or without its Bharat Biotech co-development partnership.

Let’s assume that Covaxin’s vaccine is potentially worth 19x sales to the company – Novavax (NASDAQ:NVAX) currently trades at this multiple – it would have to generate $167 million from the vaccine ($3.18 billion divided by 19).

The only problem with the calculation is that Ocugen only gets 45% of the profits. So, it will actually need to sell 18.6 million doses of Covaxin in the U.S. to get $167 million in revenue.

That’s a tougher nut to crack.

OCGN Is a True Penny Stock

The elephant in the room when it comes to Ocugen is that it has three phases of clinical trials to go through before the Food and Drug Administration will consider Covaxin’s emergency use authorization.

How long is that going to take? And what if there’s no need for Covaxin in the U.S.?

Novavax has said that it expects to file its emergency use authorization with the FDA in the second quarter with approval sometime in May. That would put Ocugen behind Pfizer (NYSE:PFE), Moderna (NASDAQ:MRNA), Johnson & Johnson (NYSE:JNJ), Novavax, and possibly others.

On the upside, it’s looking as if we’ll all need a booster shot at some point in future years to protect against new variants of the virus. It might even become the new version of the annual flu shot.

None of the companies on the outside looking in should feel like it won’t happen for them because it could. Just maybe not now.

As for the question of whether Ocugen is worth $18 or just a couple of bucks, I think the answer lies somewhere in between.

InvestorPlace contributor Stavros Georgiadis wrote on March 1 that he believes OCGN stock is extremely overvalued. That was around $10.

My guess is Ocugen will bounce around between $5 and $10 until it can confirm the start of clinical trials. At that point, I could see irrational behavior taking over once more, pushing it back to its 52-week high.

Unless you can afford to lose 100% of your capital, I would not consider OCGN at this time. Should it fall back to penny stock status, I’d reconsider. But only then.

The post Is Ocugen Worth $18 or Just a Couple of Bucks? appeared first on InvestorPlace.

How to Prepare for a Stock Market Crash or Correction