The Ark family of exchange-traded funds (ETFs) have delivered scorching returns over the past few years. Not surprisingly, they’ve attracted a ton of capital. In particular, the Ark Innovation ETF (NYSEARCA:ARKK) now has $22 billion in assets under management. It’s one of the biggest actively managed ETFs out there. ARKK ETF shares have risen around 146% over the past year, and are up nearly 600% over the past five years. 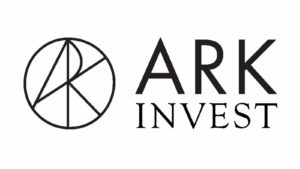 So is this still a good time to buy in, or has that ship sailed?

The answer really depends on your time frame. ARKK ETF holds a bunch of highly speculative holdings that will likely get decimated in the next bear market. For now though, so long as the tech boom continues, ARKK will be a formidable ETF in the growth space.

As of March 2, ARKK ETF holds a broadly diversified group of stocks.

Turning to individual stocks, Tesla (NASDAQ:TSLA) was far and away the biggest position at 10.01% of the ETF. Square (NYSE:SQ) comprised 6.12%, Roku (NASDAQ:ROKU) came in at 5.34%, Teladoc (NYSE:TDOC) at 5.14% and then no other additional positions made up more than 5% of the fund’s total assets. In all, ARKK ETF’s top 10 holdings were just 46.85% of the fund’s assets, which is quite reasonably diversified.

Some critics of Ark like to claim that it is too reliant on TSLA stock for all its success, but a more through look at the ETF’s holdings disproves that notion. More specifically, look at the stock charts on No. 3 and No. 4 holdings Roku and Teladoc. Very healthy price action on those as well. Ark has made plenty of money on its other big positions — it’s not just a one-trick Tesla pony.

Comparing With Ark’s Other Funds

Ark Innovation is hardly the only fund at Ark. There are a variety of other ETFs following more specific themes. The Ark Genomic Revolution (BATS:ARKG) has been another big winner. It’s up around 166% over the past year, as it invests on the cutting edge of the biotech and pharma industries. Similarly, the Ark Autonomous Technology and Robots ETF (BATS:ARKQ) hones in on electric vehicles, robotics software, and the semiconductor companies making all these technologies possible.

So which one should a regular investor pick? There’s a good case for the regular investor to use the Innovation fund. That one is more broad in scope, and diversifies across several industries.

Meanwhile, something like the genomic revolution option is a much more focused bet on biotech and research and development that could run into industry-specific trouble. That’s not to say genome research isn’t promising, it’s just that it’s a far more specialized and thus risky play than betting on innovation generally.

The biggest issue with ARKK’s holdings are that they are primarily in early stage companies. Many of the holdings in this ETF do not generate profits or positive free cash flow. They have huge visions of what they’ll achieve in the future, but it takes some investor faith to support the current share prices. Investors who like dividends and strong present profitability should steer clear of the Ark funds.

Also, Ark is becoming a bit of a self-fulfilling prophecy. Stocks now pop significantly when Ark buys in. Many traders buy Ark stocks because they have a reputation for going up quickly. That’s obviously a good thing for the time being. However, it can eventually run in reverse. Whenever tech hits a rough patch and people start taking money out of the Ark family of funds, its selling could cause a broader rout in its holdings. Ark owns large positions in a number of relatively illiquid stocks, and they could drop quickly — as we saw last week — in a broader tech correction.

If you want exposure to a wide basket of the fastest-growing companies on the cutting edge of technology, ARKK ETF makes perfect sense. The company’s CEO Cathie Wood has become such a powerful marketer that she has her own force field. Just the fact that she starts buying something causes a herd effect. As other people rush in, the stock becomes more successful, which can raise capital at higher prices, and people invest more in the future.

This is a virtuous cycle. It’s been working for years now, and it will only pick up speed as long as Wood keeps outperforming her peers. As a momentum trade, this is a perfect place to be if you want to own these sorts of stocks in an ETF package. It’s certainly lower-risk than going out and putting your money in just one or two of these moonshot types of companies.

Just be careful; whenever tech stocks have another bear market, the ARKK ETF will get smoked. These stocks are doing well in large part because Wood is a powerful marketer. When she shares the cases for these companies with the world, it causes strong trader interest. But this can work in reverse. The ARKK ETF makes sense within current bullish market conditions. But don’t hold it as a permanent long-term position.

On the date of publication, Ian Bezek did not have (either directly or indirectly) any positions in the securities mentioned in this article.

The post ARK Innovation ETF Is Worth Owning as Long as the Bull Market Continues appeared first on InvestorPlace.