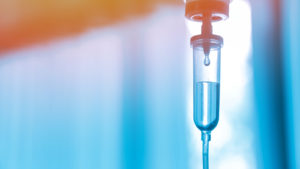 That’s not bad for a stock that was nearly delisted. And it’s all thanks to a deal to help make Bharat Biotech’s Covid-19 vaccine candidate, Covaxin, for the U.S. market.

But while this move has been impressive to date, I think there’s plenty more upside in store for the stock. In fact, if OCGN stock can break above triple top resistance around $21.60, it could potentially refill a bearish gap around $34.20.

Of course, that depends on if the Covid-19 vaccine can produce even more impressive data.

OCGN Stock: So Far, the Vaccine Shows an Efficacy of 81%

Earlier this week, Ocugen rocketed on news that Covaxin had an efficacy rate of 81%. Dr. Bruce Forrest, a member of Ocugen’s vaccine advisory board, noted in a press release:

“Today’s results from the interim analysis of Bharat Biotech’s Phase 3 trial of COVAXIN mark a milestone in the development of another critical vaccine option for the US market. COVAXIN has been shown to induce immune responses against multiple protein antigens of the virus potentially reducing the possibility of mutant virus escape.”

Should we see more strong data from the company, OCGN stock could easily push to higher highs. Plus, should the U.S. Food & Drug Administration (FDA) grant the company Emergency Use Authorization (EUA), $11 may be the cheapest this stock could be for a while.

So, while this is all still a wait-and-see situation, I wouldn’t be shocked if the OCGN rally continued on anticipation of better news.

A Vaccine Isn’t Ocugen’s Only Catalyst

But this isn’t the only thing OCGN stock has going for it. Outside of the United States, the company also had recent success in Europe.

According to Dr. Mohamed Genead, the Acting Chief Medical Officer of Ocugen, there’s an “unmet need” with both of these debilitating issues. Genead notes:

So, OCGN is widening the suite of treatment options for these illnesses and stands to benefit from that work.

All in all, there’s a good deal of excitement surrounding OCGN stock.

In just months, it ran from just 29 cents to as high as $14. Now, it sits at $11, but the rally could continue based on its involvement with Bharat Biotech’s Covid-19 vaccine candidate. Ocugen’s RP and LCA progress in Europe could help as well.

Considering the fact that OCGN stock was nearly delisted months ago, its progress and the 3600% jump are impressive. And if the stock can break above triple top resistance, it could secure that movement, too.

On the date of publication, Ian Cooper did not have (either directly or indirectly) any positions in the securities mentioned in this article.

Ian Cooper, a contributor to InvestorPlace.com, has been analyzing stocks and options for web-based advisories since 1999.

Warren Buffett: Is Facedrive (TSXV:FD) an Investing Illusion or the Next Tesla?

A Texas Cold Snap Isn’t the Only Concern for Gevo