I’m not going to claim that I’ve read every InvestorPlace article regarding Gevo (NASDAQ:GEVO). However, I’ve read enough of them to arrive to two conclusions. First, the general consensus on GEVO stock – at least for the year-to-date – is that it’s becoming a risky trade. 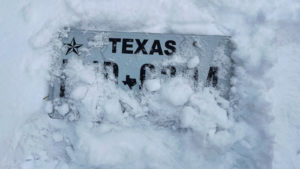 Second, it seems very few if any wants to touch the low-hanging fruit as to why the underlying company is getting pessimistic coverage.

It’s not all the time that I get to make the low-hanging-fruit argument without appearing as if I’m shamelessly rehashing every other talking point. So, this will be a treat for me – makes my life a lot easier and trust me, I need it. But first, let’s go over the main reasons why GEVO stock is on many analysts’ crosshairs.

At the start of the year, shares of the biofuel specialist were trading under $5. Following the relatively drama-free inauguration of President Joe Biden, GEVO stock continued its prior momentum, getting to as high as $14.61 on Feb. 12.

But you know what happened next. Much like the novel coronavirus, the Texas winter storm came and gave the Lone Star state one of the biggest shocks in recent memory. Images from the hardest-hit regions resembled Siberia more so than it did a member of the Sun Belt.

Further, as my colleague Robert Lakin pointed out, some public officials took it upon themselves to politicize the issue. “Republican Gov. Greg Abbott [of Texas] and several of his predecessors falsely claimed that renewables are responsible for the mess that has shut down much of the state.” Abbott also “mocked the Green New Deal, a progressive plan that proposes sizeable investment in renewable energy.”

While I don’t want to get into the politics of it, such accusations are not true. The cold snap devastated the grid due to a combination of poor infrastructure, mismanagement and cruel timing, among other factors.

No one political party looks good in this gunk. But optically, it wasn’t the greatest momentum for GEVO stock and the renewable energy sector.

Why It’s the Economy That Poses Challenges for GEVO Stock

Some of you might wonder, though, what the storm has to do with the biofuel sector. True, frozen wind turbines and inclement weather represents a superficial slap in the face toward the solar and wind energy market. But GEVO stock is not directly tied to those segments.

One of the drawbacks of biofuel’s chemical composition is that they tend to freeze and crystallize at higher temperatures than standard fuel. So, even with this transitional approach between dirty fossil fuels on one end and a purely renewable infrastructure on the other, GEVO stock can’t escape from the ad hominem attacks from certain political circles.

And because these criticisms have some basis in truth, it can hurt consumer sentiment. That’s especially the case for prospective buyers of alternative fuel vehicles, who may be convinced to just stick with convention combustion-based cars.

Therefore, my colleagues are correct: the Texas winter storm is a headwind for GEVO stock. But it may not be the only one.

In my opinion, a far more fundamental case against Gevo has nothing to do with the cold snap – honestly, these are once-in-a-blue-moon events. Instead, it’s economic pressure that will weigh on shares moving forward.

According to Solarfeeds, biofuels have many advantages. Primarily, they are renewable and are cleaner burning than combustion-car emissions. Moreover, biofuels are carbon neutral – “the amount of carbon dioxide created by the burning of biofuels is equal to the CO2 absorption capacity of the plants.”

However, they also have many disadvantages. Most prominently, biofuels compete with food resources due to the “urge to grow more of the crops meant for biofuel production instead of food crops. Reduced food production can increase the price which may lead to inflation.”

This latter point is exactly why GEVO stock faces questions longer term. If the biofuel industry contributed to higher food costs, that could send a ripple effect to a still-hurting economy. In turn, this would shed Gevo’s ESG (environmental, social, governance) cred, perhaps sparking further declines.

Even if the bearish outlook above didn’t pan out, fundamentally, GEVO stock would still be caught in an awkward position. As I stated earlier, biofuels have a higher freezing temperature. Therefore, a biofueled car would probably not perform well (if at all) during the Texas cold snap.

Additionally, Solarfeeds notes that while biofuels don’t emit carbon emissions to cause a greenhouse effect, the burning of materials to produce this energy source does emit enough nitrous oxide to be environmentally damaging.

To me, biofuels come off as a worst-of-both-worlds proposition. It does provide a renewable energy source, but it’s use in vehicles is not quite up to snuff. On the other hand, the biofuel emissions are clean but holistically, the biofuel production supply chain has a negative environmental footprint. Worst of all, biofuels compete with food resources.

To be fair about the latter point, Gevo claims that for every gallon of its proprietary fuel that it produces, it generates 10 pounds of animal feed as a byproduct. Still, I believe there are questions about the potential usage of food crops that might cause price inflation. Further, it’s also fair to point out that many people are considering shifting away from animal-based proteins to plant based.

Therefore, while I’m sure Gevo is a fine company, the underlying industry has a lot of question marks, especially in this trying hour. Therefore, I’m going to take a pass on GEVO stock for now.

The post A Texas Cold Snap Isnâ€™t the Only Concern for Gevo appeared first on InvestorPlace.

What Did the Stock Market Do Today? 3 Big Stories to Catch Up On.