Americans are an optimistic bunch. That’s why the meme trade phenomenon may be unique to us — we just don’t want to hear about negativity like a stock market crash. But in my opinion we are headed toward a steep correction. Still, if that turns out to be the case, it could be a once-in-a-lifetime opportunity to pick up growth stocks on the cheap.

Fundamentally, it’s very possible that the suddenly rising bond yields is part of a larger corrective cycle. As you know, last week ended on a downer as investors began rotating out of risk-on names into safer wagers. On paper, the red ink may trigger you to jump in on attractive growth stocks. However, you may want to hold your horses for a bit longer.

I say this because based on technical analysis, the S&P 500 and other major indices are printing what’s known as a broadening wedge formation. According to the excellent work of John J. Murphy, author of the book, “Technical Analysis of the Financial Markets,” a broadening wedge (also known as a megaphone top) represents an out-of-control market. And likely the first to get hit the hardest are non-dividend paying growth stocks. 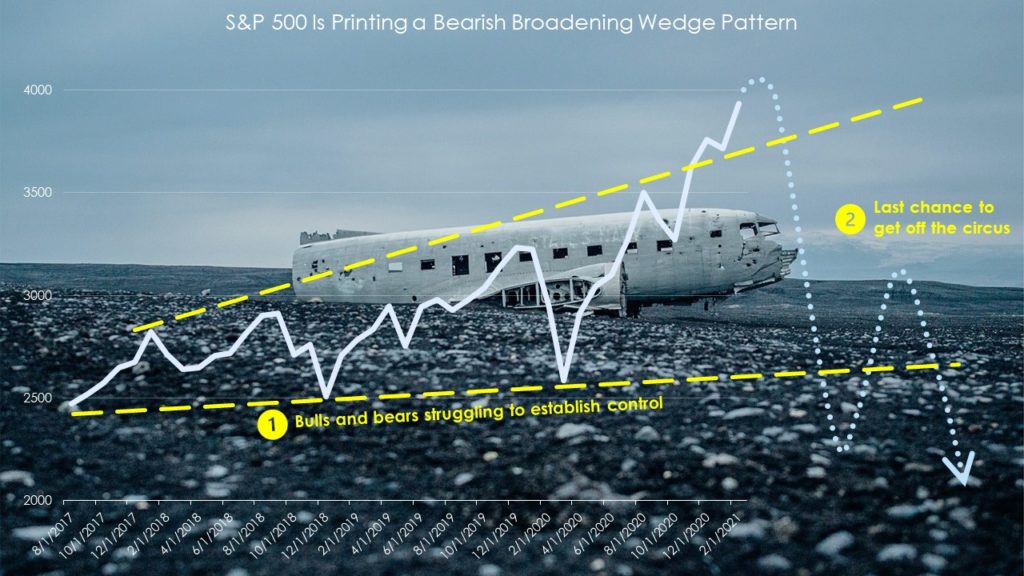 Some folks will say that technical analysis is nonsense. But here’s the thing. Back in September 2019, strategist Sven Henrich used this very pattern to warn CNBC viewers of an imminent correction. A few months later, the novel coronavirus pandemic devastated the global economy, causing a stock market crash in February and March of last year.

You want more evidence? Go to the Centers for Disease Control and Prevention’s website regarding Covid-19 “Daily and Total Trends.” Take a long look at the seven-day moving average of daily Covid infections: that my friends is a broadening wedge. And it’s the reason why you want to avoid these growth stocks until after they have corrected sharply.

Before we get into it, let’s be clear once again that this is my opinion. There’s a strong possibility that this article will not age well. However, I’m willing to take that risk. I see too many corroborating data points that make it impossible for me to ignore them. But if you’ve been waiting to buy these growth stocks, you may have a great opportunity to do very cheaply soon.

If you’ve been following my work recently, you’ll know that I expressed my concerns with Tesla. So far, I’ve been wrong about my apprehension toward TSLA stock. However, if the warning signals turn out to be accurate, I’d say that Tesla above all other growth stocks is at serious risk for a correction.

First, the valuation for TSLA stock was out of touch with reality before everyone started worrying about rising bond yields. Now, in my cautionary write-up for Tesla, I mentioned that I discussed the narrative with my InvestorPlace colleague Will Ashworth. Among Ashworth’s counterarguments, he stated that Tesla was an aspirational investment and that helps justify the premium.

Ashworth is one of the smartest folks in this business. However, I’m going to disagree with him on this one.

In large part, it’s because of my second point: Tesla has the rich drivers market cornered but this segment will not spark mass adoption of electric vehicles. Further, with competition rising, Tesla won’t have as many opportunities to sell carbon credits, which is a significant reason why it’s showing a profit on its books.

Still, it’s good news if you’ve wanted to buy TSLA, but thought you missed the boat. Shares will likely drop to a realistic valuation. 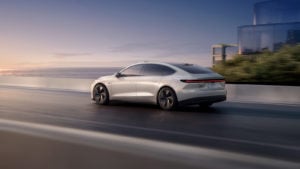 While Tesla always generates the headlines, Chinese EV manufacturer Nio has been killing it in the markets. Sure, TSLA has put on a whopping performance, moving up nearly 400% over the trailing year. However, NIO stock has redefined what’s possible in highly potent growth stocks, skyrocketing slightly more than 1,000% in the same period.

Of course, this is wildly impressive. However, I think the party is going to end soon. Indeed, there’s evidence to suggest that the music is starting to fade.

Over the trailing month, NIO stock finds itself down about 20%. For many, this is the classic definition of a bear market. Therefore, contrarians are probably tempted to jump into shares. However, if I really wanted to buy NIO, I would wait. Shares will probably unwind much more than this.

Although I find Nio’s efforts to change China’s image as a true automotive contender inspirational in a sense, I don’t trust the company nor the country. That’s because leading up to the coronavirus-impacted 2020, Reuters reported that Nio and other Chinese automakers were having serious reliability issues.

Did one year change everything? I don’t think so. But I do think bullish investors will have a tremendous discount in the months ahead.

One of my favorite growth stocks to discuss is PayPal. Honestly, how can you not like PYPL stock from a long-term fundamental perspective?

For one thing, the digital payment processing service has been a relevant business unit for years. Increasingly, millennials and even other demographics have been going cashless. But digital payments took on unprecedented relevance because of Covid-19. Frankly, nobody wanted to touch cash and who can blame them?

Second, PYPL stock is levered to the burgeoning gig economy. Again, this was a relevant development before the pandemic. Following the disruption caused by the SARS-CoV-2 virus, companies sent their employees home to work remotely, giving everyone a taste of what the gig life is like.

But as I argued in early February, despite PayPal’s status as one of the best growth stocks, even the mighty PYPL is not immune to a stock market crash. True, I’ve been dead wrong to be so cautious. However, I am worried about the rotation out of risk-on names because PYPL does not reward you for holding it.

Undoubtedly, if we do crash, PayPal will recover. But I’d hold off on buying shares until it happens. 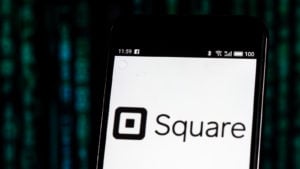 As with PayPal, Square is another one of my favorite growth stocks to discuss. In part, this is because I respect the heck out of Square CEO Jack Dorsey. Sure, his political views aren’t for everyone. And when a Senate hearing took aim at Dorsey — who also heads social media firm Twitter (NYSE:TWTR) — he appeared as if he was lost at sea during the coronavirus lockdowns.

I’m going to be blunt with you: it did make me question if Dorsey was really the genius behind Twitter and Square or if there was somebody behind the scenes as the ultimate puppet master.

Whatever the case, SQ stock has been an excellent growth play over the last several years. However, nothing goes up forever. Unfortunately, we may be on the cusp of a stock market crash and if so, this will have huge implications for Square.

You see, what I liked about the company’s core business was that it leveled the playing field between small- and medium-sized companies against larger entities. Sadly, though, it’s the small guys that have been hurt the most by the pandemic. According to the U.S. Chamber of Commerce, many need additional help from the federal government.

I think you have to read the signs: SQ stock is an amazing investment but the coronavirus is the grim reaper for its underlying consumer base.

If you look at my track record for Shopify, you will be tempted to not listen to anything I have to say about SHOP stock. Indeed, this bad boy is emblematic of the potential of only the best growth stocks. Since making its public debut in 2015, shares have soared a staggering 4,425%.

About the only good thing I can say for myself as it relates to SHOP stock is that I’m glad I didn’t suggest to anyone to short it. That would have been awful.

No, I’m not about to suggest doing so now. However, I’ll let you in on a little secret — well, as much of a secret as a nationally distributed article can get. I’m tempted to go short on it. But again, my own terrible record with SHOP will probably prevent me from doing so.

Setting that aside, if you’ve always wanted to acquire the e-commerce giant but didn’t like the price, just wait a few months. As I discussed in my recent PayPal article, I’m not buying the optimistic outlook for employment trends because the labor market itself is also printing a broadening wedge.

This would leave little room for discretionary spending. And that would not be helpful for Shopify’s growth narrative.

Yet another example from the litany of growth stocks in which I’ve been on the wrong side of the opinion spectrum, Airbnb is enjoying quite a ride following its late-2020 initial public offering. Before I receive a torrent of criticism, I want to make 100% clear that I don’t hate ABNB stock.

Look, if it weren’t for the coronavirus, I’d be all over Airbnb. But investors ought to play reality, not what they want to be reality.

Although it’s true that ABNB stock benefits from the declining novel coronavirus cases along with the generally encouraging rollout of vaccines, this doesn’t necessarily mean that consumers will flip a switch and start traveling again. As I mentioned in my Airbnb write-up, data from the Bureau of Transportation Statistics indicated that sentiment for leaving the house was weak.

Check out the latest BTS stats for yourself. Travel sentiment is improving but not nearly enough to where it justifies ABNB’s valuation. Therefore, watch out for a correction and get in on the ensuing discount.

Longtime readers of mine will know that I’ve been a big supporter of cryptocurrencies. However, I’m also a fan of reality. Recently, I just couldn’t take the overexposure I had toward virtual currencies — which are subject to all kinds of nonsense, including forgotten passwords — and thus, I exited my position.

I’m still holding modest positions in many cryptocurrencies, you know, just in case. However, witnessing the broad decline — then the sudden resurgence — in the blockchain sector, I’m glad I exited when I did. It’s too much drama.

For those who don’t like being directly levered to individual digital tokens, there was always the option of buying shares of publicly traded companies that are related to cryptos, typically crypto-mining operations. One such name was Marathon Patent Group. Among the riskiest of growth stocks, Marathon walloped the market over the trailing year, with MARA stock gaining 3,142%.

But what I’ve noticed with these blockchain stocks is that they’re incredibly volatile, especially when cryptos correct. Unfortunately, I believe that if we have a stock market crash, it may greatly impact blockchain assets.

Admittedly, I felt differently. But now that big institutions, like Tesla, have bought virtual currencies, the risk of massive losses in the blockchain space has been amplified exponentially. That’s because these institutions don’t have “diamond hands” — they must answer to their stakeholders.

Thus, they’ll sell before taking too many steep losses. This doesn’t bode well in the near term for MARA stock. And based on my circumstances, I have decided to buy put options on MARA not because I don’t like the company but because I want some “insurance” against a broader crypto decline.

On the date of publication, Josh Enomoto held a short position on MARA.

The post 7 Growth Stocks to Avoid Until After the Market Crashes appeared first on InvestorPlace.

4 Overvalued Stocks to Be Bearish on