The long bull market run on Wall Street shows no signs of slowing down. Even the novel coronavirus pandemic could not stop the markets from registering record gains. However, amidst all this, there are several stocks to avoid that are overpriced.

It may seem surprising, considering the positive momentum we see nowadays. Several stocks have made triple-digit gains within a short period, like Tesla (NASDAQ:TSLA) and NIO (NYSE:NIO). At the same time, we have stocks like Nikola (NASDAQ:NKLA) that petered out as soon as they burst into life. Hence, it can be a bit confusing navigating the stock markets these days.

But one thing is for sure. The stock market bull run is leading to several stocks trading at some unbelievable multiples. That doesn’t mean that they are bad investments, just that you should avoid them at this stage.

You will also find several companies on this list from industries that have suffered a lot at the pandemic’s hands. Hence, it should come as no surprise that these companies find their names on the list of stocks to avoid.

Founded in 1962, Federal Realty Investment Trust is structured like a real estate investment trust (REIT). A REIT is required by law to distribute 90% of its taxable earnings in the form of distributions. In turn, REITs don’t pay any corporate income taxes. That’s why stocks like FRT are permanent fixtures in investment portfolios.

Then how can you make a case for dumping FRT stock? Well, it has a lot to do with its portfolio. It is highly invested in shopping centers and retail properties across the Northeast, Mid-Atlantic, California, and South Florida. Due to the dominance of Amazon (NASDAQ:AMZN), retail was already under major threat even before the pandemic.

However, the virus led to major shutdowns across the retail sector, hastening bankruptcies. Admittedly, FRT has done well to weather the storm. Earnings per diluted share for the fourth quarter of 2020 came in at $1.22. It has received roughly 89% of total fourth-quarter 2020 billed recurring rents.

However, by all intents, the markets have already rewarded the REIT for this positive performance. As of this writing, shares are up 57.81% from their 52-week low. Considering the long-term headwinds and price appreciation, FRT stock is among my stocks to avoid.

No surprises that this list would include the world’s largest travel leisure company. The virus was brutal on cruise lines. And even though vaccines are rolling out, it will be a long time before we see numbers return to pre-pandemic levels. Regarding when we will see broader reopenings, no one can say for sure.

The U.S. Centers for Disease Control and Prevention (CDC) has recommended people avoid traveling on cruise lines for the time being, considering the nature of the disease and the higher likelihood of transmission because of so many people crammed into one space. Carnival’s earnings affirm that narrative. In the last two quarters, EPS went into the red. And it doesn’t look like we will see a recovery anytime soon.

Carnival has canceled all sailings through May while also cutting trips departing from Australia and Europe. Meanwhile, the company continues to raise capital as ships remain at bay. Most recently, it said it would sell $1 billion in fresh stock to shore up its balance sheet. Debt and equity raises are not new to the sector. However, such equity dilution is never good. Plus, considering that CCL stock is up 26.5%, there is little to no upside left at this point. 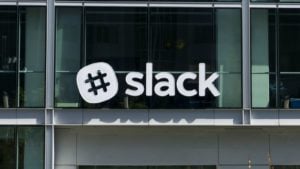 In 2013, Slack launched to great fanfare. What followed was a typical Big Tech success story that culminated in a $27.7 billion acquisition by Salesforce (NYSE:CRM). However, its bull run has made several investors squeamish from investing in WORK stock at the moment. Shares are down 4%.

Slack is a mature company. Even though it has an enviable software-as-a-service model, its revenue prospects are priced in. Competitors are emerging as well, the most notable of which is Quill, a messaging app for co-workers to communicate with each other regarding their tasks.

That’s why it’s best to pass on WORK stock at the moment. And if you have a sizeable position, take profits and invest in other high-growth areas.

A bellwether in the hospitality industry, it’s not surprising that Marriott is on this list of stocks to avoid. Bookings are down across the board, and travel has plummeted. However, the hotelier is such a large company; I don’t expect survival as a major issue.

At the end of last year, total liquidity came to almost $4.4 billion, out of which $3.6 billion represents unused borrowings under its revolving credit facility and $0.8 billion in available cash. However, the major issue for the company is demand.

In the fourth quarter, net loss was $164 million, compared to reported net income of $279 million in the year-ago period. Revenues came in at $2.17 billion, missing earnings estimates by $228.54 million, per Seeking Alpha data. The precipitous decline in revenues occurred throughout the year, falling 60.6% last year. That had a bearing on each of the quarters, and the recovery is expected to be muted.

Looking ahead, Refinitiv is projecting for sales to increase by 20.5% in fiscal 2021. Hardly the triple-digit growth most would be looking for. The average price target per TipRanks is $136.36 a pop based on 12 analysts, a 7.91% downside. Considering the risks at the moment, I would not put my money on this one.

We polish off this list with another institution. By several accounts, American Airlines is the world’s largest airline. Considering its size, it’s not surprising that the company faced so many issues when this crisis started.

With passenger demand plummeting, AAL was caught unawares. It already had a lot of outstanding debt on its balance sheet when the crisis started. And unfortunately, the legacy carrier spent $12 billion on stock buybacks during the good times. All of these things contributed to a massive liquidity crisis for the company.

It has done well to streamline its operations and balance sheet. However, with passenger demand still not recovering to pre-pandemic levels, it will be a tough ask for AAL to navigate out of this crisis. Sadly, for all these reasons, the airline makes it on my list of stocks to avoid.

On the date of publication, Faizan Farooque did not have (either directly or indirectly) any positions in the securities mentioned in this article.

Faizan Farooque is a contributing author for InvestorPlace.com and numerous other financial sites. Faizan has several years of experience analyzing the stock market and was a former data journalist at S&P Global Market Intelligence.

The post 5 Stocks You Need to Avoid for the Foreseeable Future appeared first on InvestorPlace.

Home Depot: To Get Rich Slowly, Believe in Yesterday