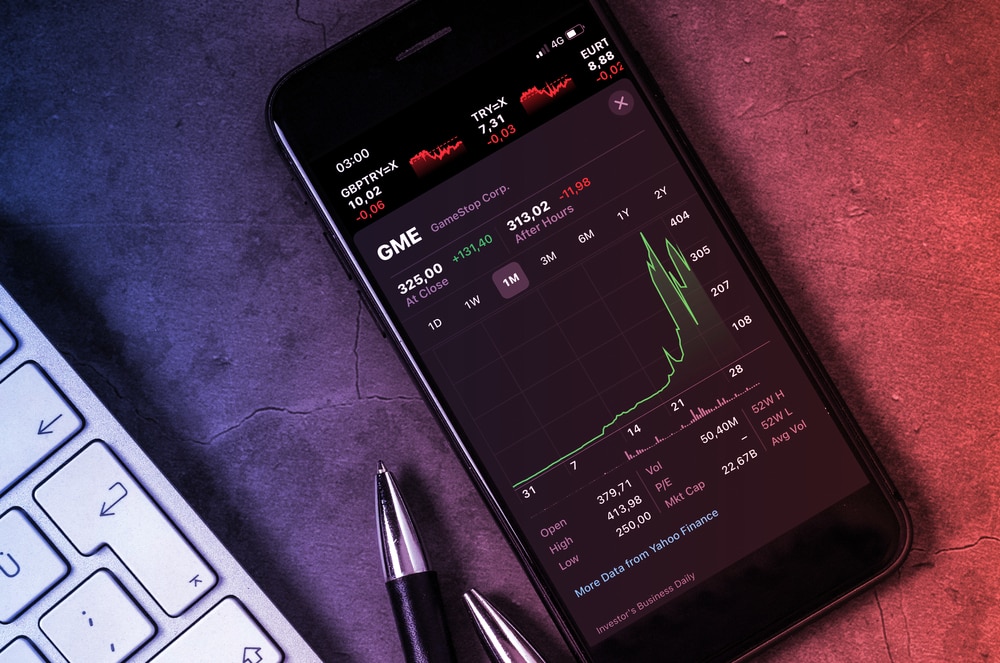 Shares of GameStop Jumped on February 22 Thanks to Gill

It was a great day for GameStop Corp. as its shares jumped on Monday after the investor Keith Gill doubled his stake in the company. As a reminder, Keith Gill is known as DeepF—ingValue on Reddit as well as Roaring Kitty on Twitter and YouTube.

At the moment, he owns 100,000 shares of the video game retailer worth more than $4 billion. Moreover, Keith Gill owns 500 call options worth approximately $1.5 million. Furthermore, the unrealized gains of more than $5.5 million are in addition to more than $10 million of gains that he has already booked.

It is worth noting that, GameStop’s stock on January 28 jumped to an intraday high of $483, as members of the Reddit group WallStreetBets banded together to squeeze the shorts, or those betting shares would fall.

As a reminder, the short squeeze caused Robinhood to freeze customers from purchasing shares of GameStop and other volatile stocks. Interestingly, the surge in trading volume made the company unable to meet clearinghouse deposit requirements.

Importantly, the episode led to Keith Gill, Robinhood CEO Vladimir Tenev, and others, testifying before the House Financial Services Committee. According to Gill, he believed that GameStop has the potential to reinvent itself as the ultimate destination for gamers. Moreover, he said that shares, which settled at $94.94 on Wednesday were attractive at their current level.

It is worth noting that, GameStop shares soared 364% since September 22. At that time, activist investor RC Ventures announced it had raised its stake in the company to 9.98%. This announcement helped to boost the shares of the company.

Interestingly, GameStop shares surged 117% in 2021 through Friday. However, the company is struggling to cope with problems created by the coronavirus pandemic. As a reminder, GameStop’s third-quarter results, released on December 8, showed sales fell 30% year over year. Importantly, the company lost $18.8 million during the quarter, an improvement from the $83.4 million lost in the year prior. The pandemic is a serious problem for companies across the world.

The post Shares of GameStop Jumped on February 22 Thanks to Gill appeared first on FinanceBrokerage.