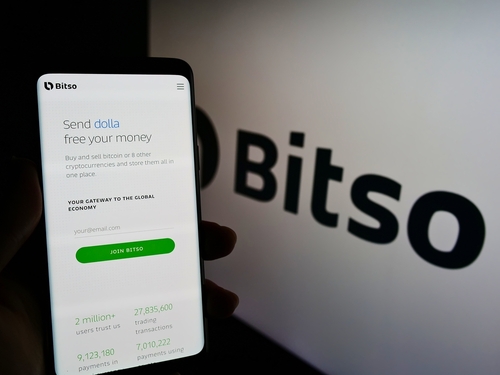 Bitso, one of the leading crypto exchanges in Latin America, announced that it would soon launch a new QR code payment tool in its wallet app.

The feature would allow shoppers in Argentina to pay with crypto at numerous supermarkets, restaurants and other stores around the country.

Bitso said it intends to provide Argentine shoppers with an alternative to the Peso, as the country’s fiat currency continues to battle with inflation.

The cryptocurrency exchange has more than a million customers in Argentina and revealed that it would begin progressively rolling out the QR code option to users there starting Sept. 27.

“The idea is to make crypto more useful in more places, and allow all citizens to live their lives in crypto by buying everyday services.”

The crypto exchange said the QR codes provide Argentine consumers with an additional option to save their money in crypto and spend it at physical stores. Hence, protecting their money from inflation.

Inflation in the South American country has been rapidly increasing, with the inflation level up by 80% year-to-year

The move doesn’t come as a surprise as numerous stores in Argentina already offer the option of paying in fiat currency via QR codes.

Bitso’s wallet app would scan the QR codes in the stores and offer users the option of paying for goods and services using U.S.-dollar pegged stablecoins, the Dai stablecoin, Ether, Bitcoin and the Argentine pesos.

When a user chooses cryptocurrencies, Bitso will automatically convert the crypto into Argentine pesos for merchants at the time of purchase.

The exchange said its wallet could scan two of the most popular types of QR codes from payment services, Mercado Pago and Modo. in addition to that, the Bitso app would also scan QR codes from “all other systems approved by the central bank.

QR code payments have become quite popular, with Argentina accounting for the  highest rate of QR code usage in Latin America